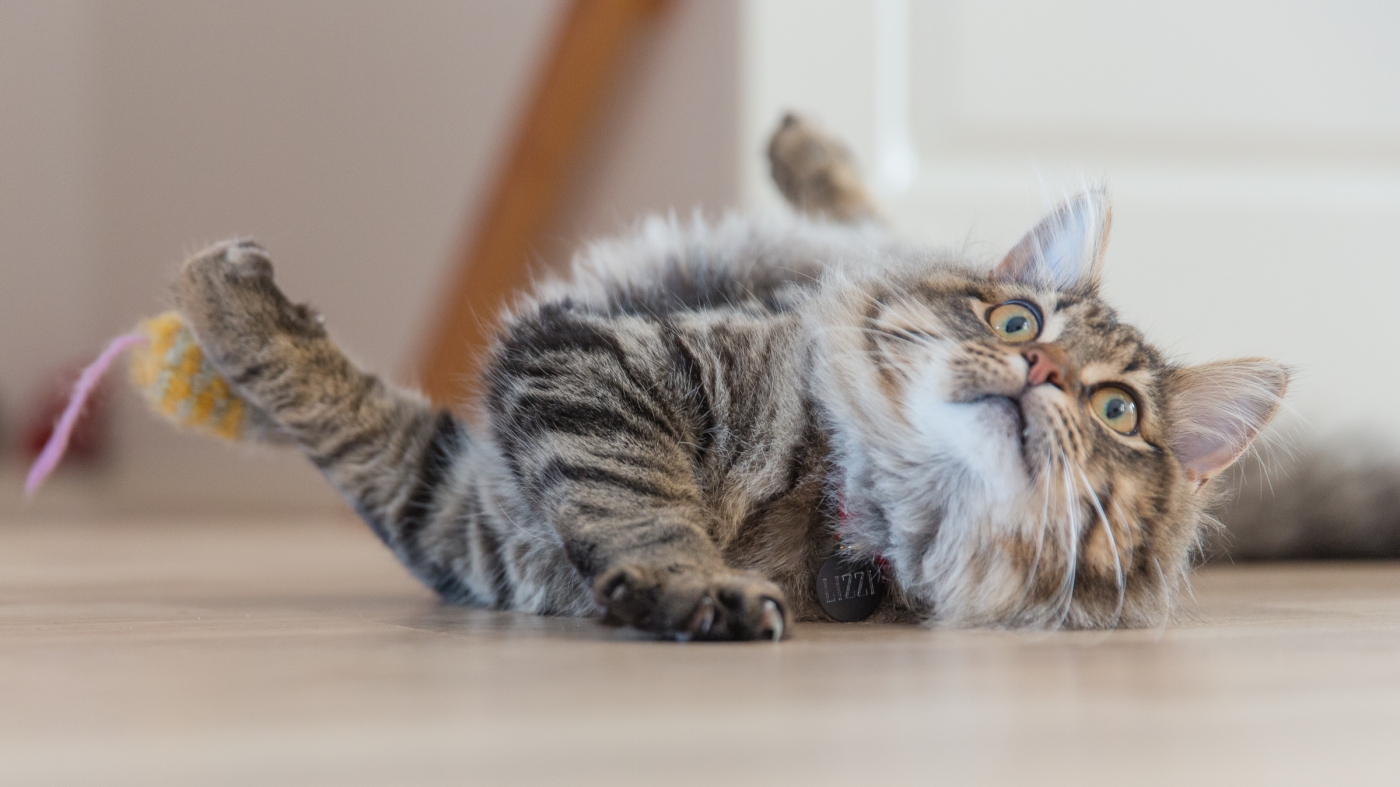 As we walked into the hotel me trailing behind Jordin, I already felt out-of-place.  I looked at the sign near the entrance and took note that we were in the right place but somehow it felt like we were in the wrong place.  The National Convention for Small Businesses was looking like a snow storm and I was getting a little chilly.

“Jordin, when did it start snowing in Miami in the middle of August?” Jordin glanced over her shoulder and snorted.  Rolling her eyes she asked me “why do you always have to be such a hoodrat? This place is classy; have some class, damn”

If I had pearls I’d definitely be clutching them.  Did this bitch just call me a hoodrat? I am an educated black woman, I have a degree in Business and as far as I know, we were not going to get any business here at this convention, that was for sure.  But we’ll do things Jordin’s way as usual because little ol’ Katrina was a hoodrat.

As we stood in the middle of the lobby taking the scenery in, a short squared grey haired lady with about three to five chins made her way toward us She stared at us with her mouth agape as if she was looking into the soul of a ghost. You would have thought that she knew us from a hole in the wall because the next thing she did was had my life flashing before my eyes.

“How did you get your hair like this?” she asked, stroking Jordin’s dreadlocks, “it feels so rough, yet so…how do you say it? Um…sturdy?”

With horror in my eyes I looked at Jordin and watched her descend slowly but surely into “hoodrat territory”.  I knew by the way her left eye slightly twitched and her full lips slowly formed a thin line, she was summoning all of the Karma Gods like she usually did so no one was really safe at this point. So I did what any best friend would do.

“Black girl magic!” I shouted, startling the woman.  She dropped the handful of dreads she caressed and I ushered Jordin to the check-in desk “moving along, bye-bye, now!” Once at the desk I checked us in,  retrieved our room number and key and headed to the bank of elevators, clutching Jordin’s arm as I went.  There was no telling what she would ask the Karma Gods to do at this point and I was really not looking forward to enduring a scene from that movie Carrie. No, sir, no, thank you.

We stepped onto the elevator as did a couple who looked to be filthy rich just by the look of their luggage and their attire.  I knew for a fact neither item was made in America, I was getting an Italian vibe.  I smiled at them politely and the husband nodded back.  I pushed the number 4 and the husband pushed the number 3.  the elevator doors closed and we were lifted.

“See, darling? That was what I was talking about the other day when we were out with Debbie and Alvin.  When I was saying how unprofessional the clusters of naps looked in the business setting” I glanced over my shoulder and was met with the horrified look on the husband’s face,

“Honey, that was very rude”

“What? it’s nothing a little brushing can’t fix” She gave a little chuckle and pushed her hair behind her ear. And speaking of ears, steam was definitely blowing out of Jordin’s, but you see, she’s not a “hoodrat” like myself so she didn’t say anything so it was up to me to save the day, again. Once the elevator reached the third floor and the couple was out of the elevator just before the door closed I called out “Black girl magic you rude heffa!”

Jordin nudged me in the side and chided me.  “You really have to stop saying that, you’re going to drive away our potential clients.  You need to stop trying to do Karma’s work, people will get what’s coming for them in due time” we got off on the fourth floor and from the sour look on my face you would have thought I was sucking on a Warhead, “I knew I should have said ‘bitch’ instead of ‘heffa’ that would have been nicer right? Like, did you not hear what she said?”

“Yes, I did but you need to ignore things sometimes because I really believe in Karma, you get what you give out, so please control yourself, Kat”

Here we go with this Karma business, man listen, Karma isn’t going to let me accept disrespect, but whatever.  If I have to “control myself” for this weekend I would.

They say that we shouldn’t make promises we can’t keep but how was I supposed to know how blatantly disrespectful this crowd was going to be? When we went downstairs to the meet-and-greet gathering, comments were being made–backhand and otherwise–about everything about Jordin and myself.  Everything from “wow, your kids must be so proud of you guys” and “we sell gym equipment that focuses on the thigh area” and some crap about how much fat was in my thighs compared to how much muscle all to which I responded “Black girl magic” and kept it pushing because we don’t have any kids and I love my thighs. I did not care how uncomfortable I was making everyone feel.

“Oh, please, you think people who only use Salt and Pepper for food will know a thing or two about proper care for natural hair?”

“Karma is going to eat your ass up, you just wait on it”

“Well, somebody should, girl, you know how long its been”

Insert another eye-roll from Jordin, here.

As I was getting a drink from the open bar I spotted him, Brandon Tillman, former quarterback from Samsung University, Morris Chestnut meets Idris Elba with a splash of Michael B. Jordan, the object of all of my fantasies; a God walking the face of Earth.  He noticed me and my breath caught in my throat.  I haven’t seen him since our graduation day all them years ago.

Before I knew it, he was standing before me and just like that all that Black Girl Magic I had before went straight out the window.  I tripped over my words, a little squeak slipped out every now and then, I may or may not have caught myself drooling and my mind went blank far too many times but we managed to make plans to meet up later at the pool so we could “catch up”.  That’s Man-language for something more…you know…right?

Yeah, I thought so too, so after the meet and greet I got myself ready to go to the pool.  Jordin had plans to go as well so we put our bathing suits and wraps on but unlike Jordin’s choice of flip-flops, I opted for a pair of heels that I had no business wearing.  I knew I couldn’t properly walk in them and only packed them just in case I landed a hot date–you know, the type of date where shoes wouldn’t be all that necessary so I wouldn’t need to keep them on for too long.

I don’t know what came over me but the walk to and from the elevator and through the lobby was pretty smooth with these shoes on. I guess a girl who was about to get some has better balance.  Nice.

The pool was located just beyond the back exit of the Hotel and the view was breathtaking, palm trees outlined the entire area, giving much-needed shade in certain areas.  The pool was what I believe is called an Olympic sized pool, the water was a deep blue color as opposed to the regular light blue, all in all I was impressed.

Jordin and I descended the immaculate stone steps looking good and feeling even better.

That was until I caught the view of Brandon and saw him see me and in an instant my legs turned into jelly.  I plunged forward, flipped, rolled then skidded down the steps.  I landed face down on the landing and didn’t move a muscle.  I could feel a variety of cuts and scraps on various parts of my body but I did not move a muscle, embarrassment just wouldn’t let me.

The voice of a teenager all too causally asked “so, like, is she dead?” I recognized the voice as the little snob who asked me how many butt shots I got to make my butt so big. Someone, I assume it was her mother, told her to be quiet to which she responded “no, like seriously because if she’s not dead she should just go ahead and die now because her Black Girl Magic ran out, I mean that stuff should have made her float, right?”

“Gabby, for the last time, be quiet, this woman could be badly injured”

Yeah, Gabby shut up and go to hell.

I heard Jordin’s feet falls before I felt her hands on my back and I knew exactly what she was going to say after she figured out that I was okay and just a little banged up.

“You could get up now,” she whispered into my ear “Karma is done with you now” she helped me up and to my astonishment I found Brandon doubled over with a group of guys laughing so hard no sound was coming out.

I sucked my teeth.  He was dumb anyway.

Jordin held it together until we got to our room.  Only then did she melt to the floor doubled over with laughter, dreads flying in every direction she threw her head.  I simply did not see anything funny about this whole thing, I had boo-boos everywhere now.

“Now, for the last time, you need to stop playing with Karma” she managed to say through her laughter.

“No, I just need new friends” and I hurled a pillow at her body that was now rolling from side to side on the floor.